For those who read this blog and not my other. I have been amiss this week as my mother passed away. Her memorial is just hours away and I can not sleep. I tried reading all the blogs that I follow to see if that would help, but it hasn't. I figure lets accomplish something, so here is the second installment of the John Elway 1997 cards that I own. 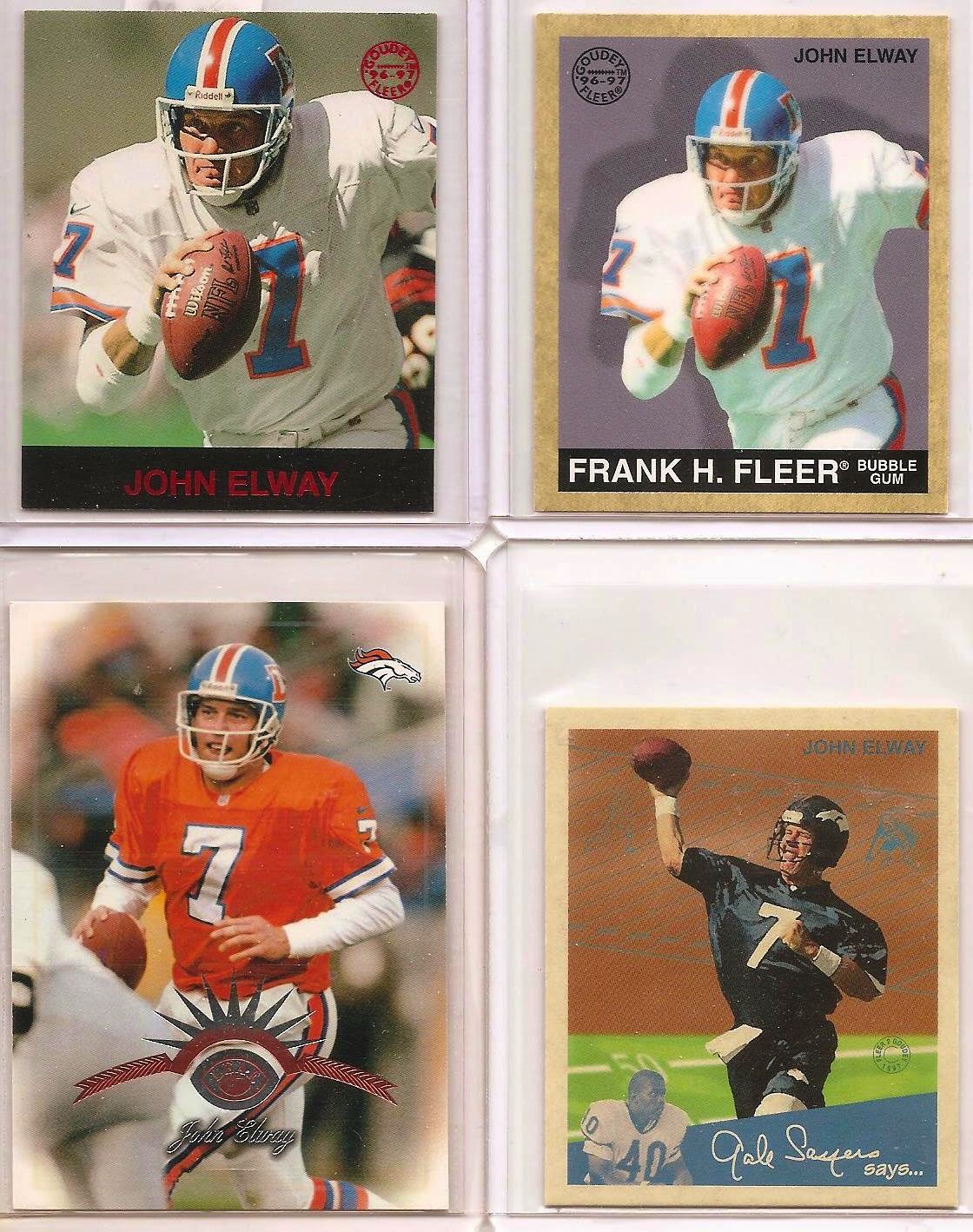 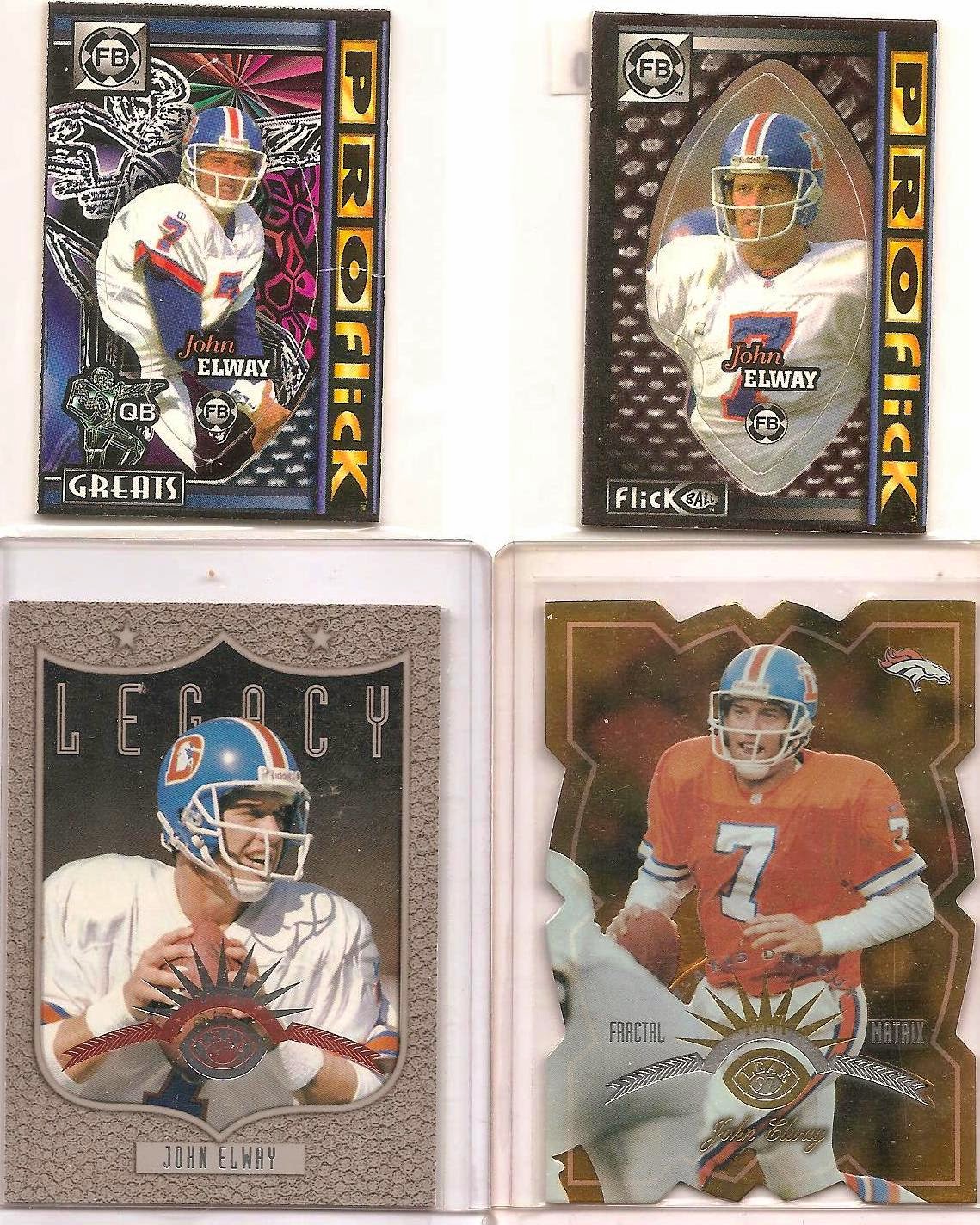 Pro Flick 1 and 2 above aren't really cards, but as I said "if they'll fit into a toploader." 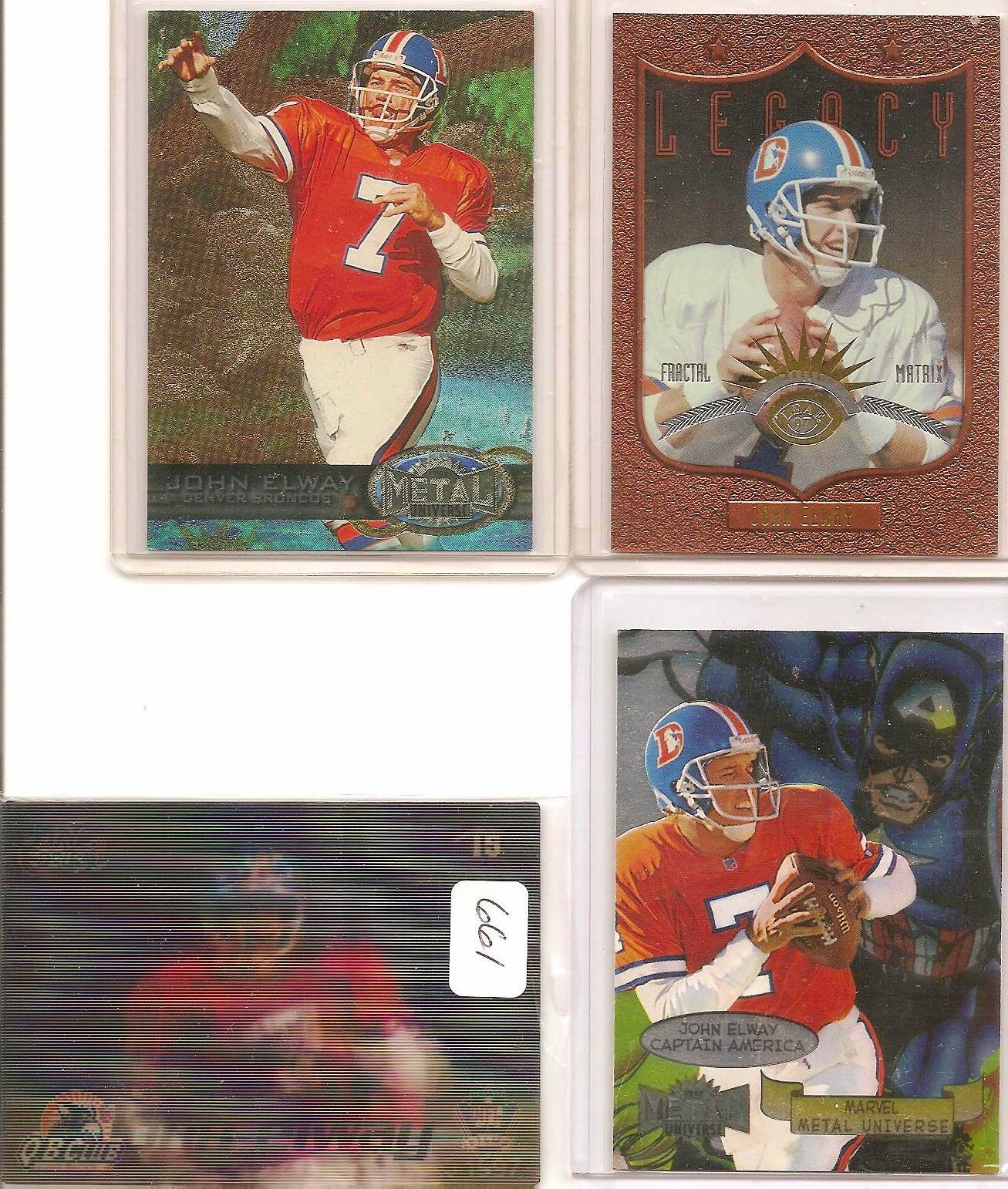 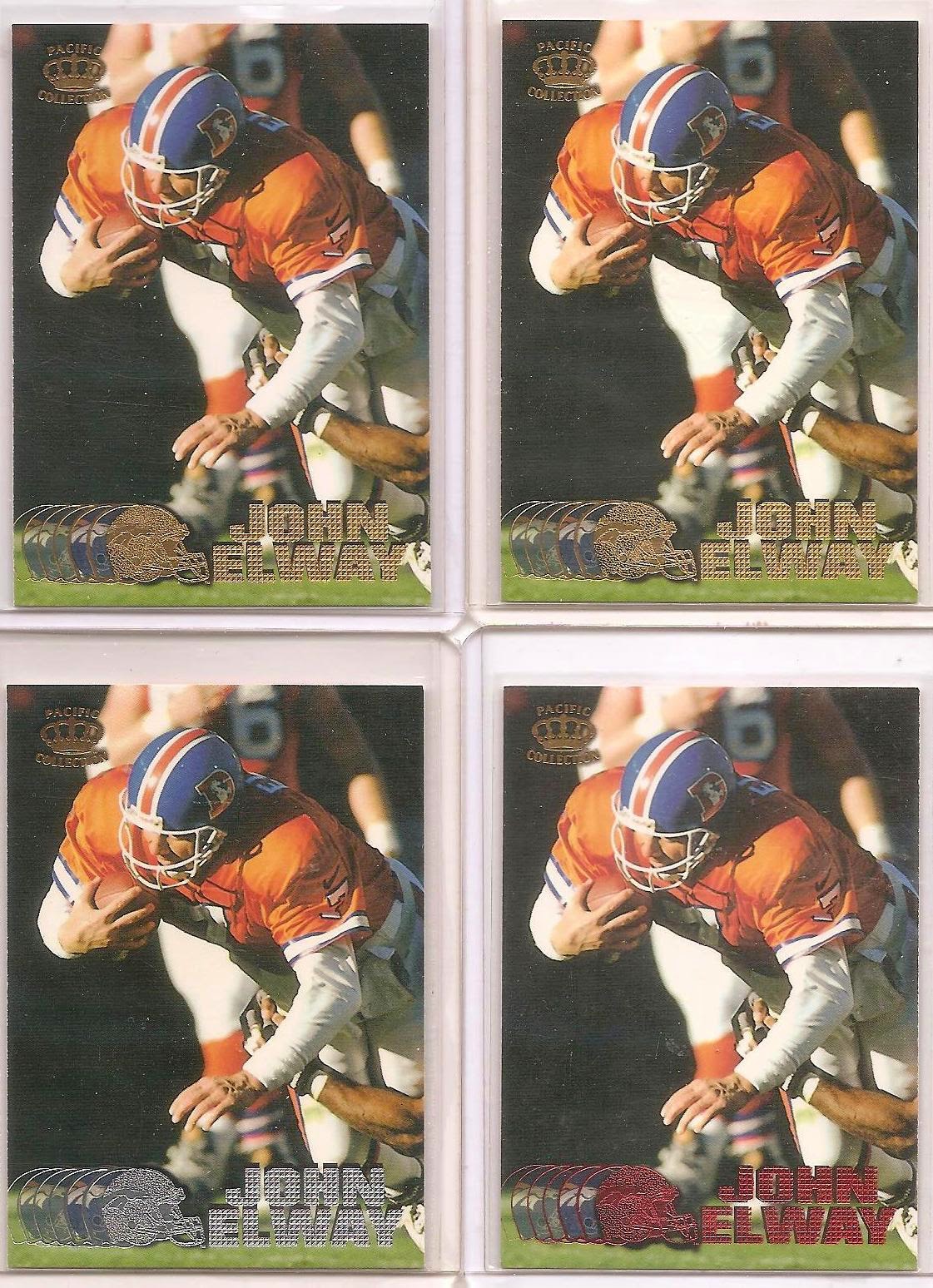 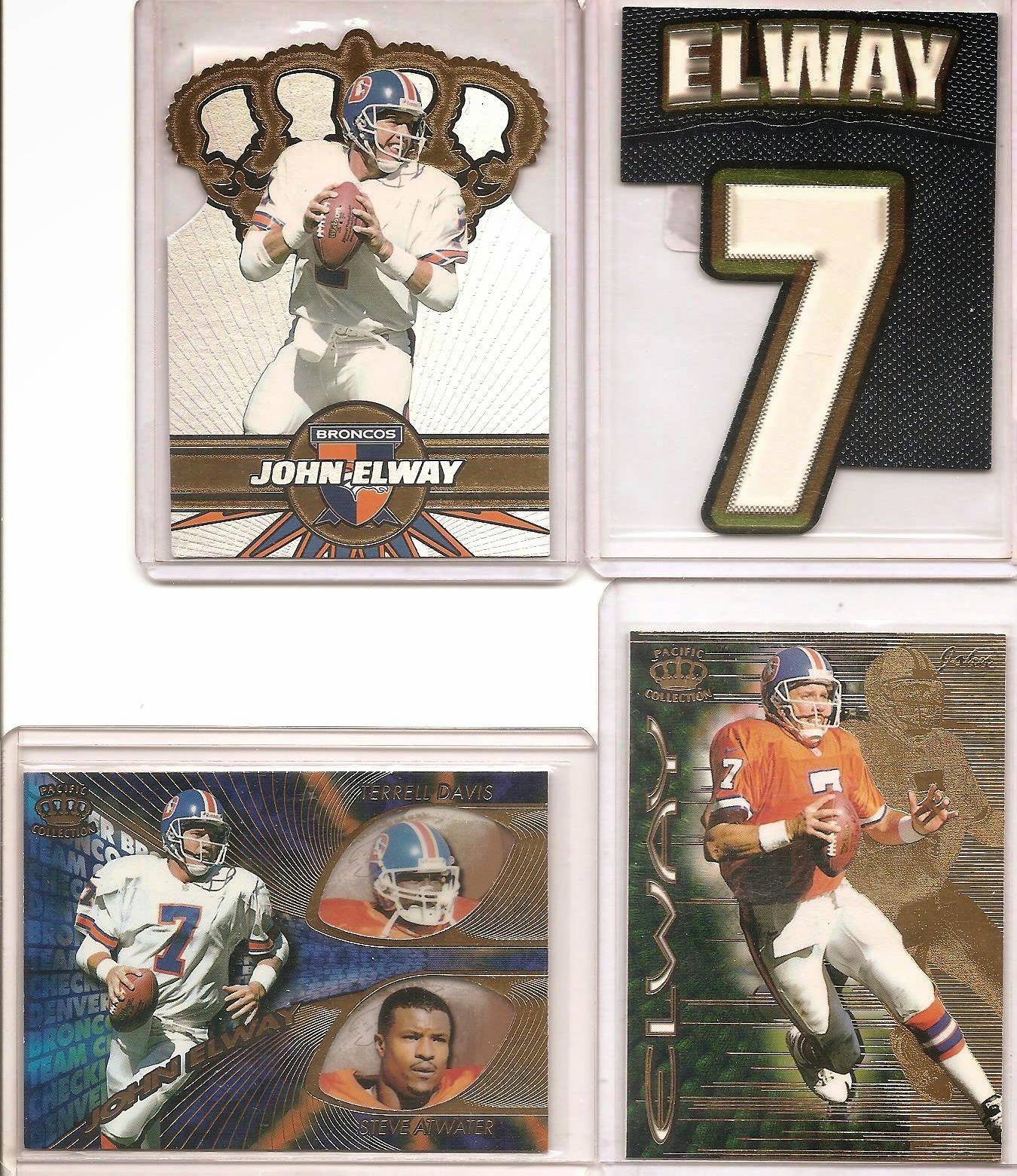 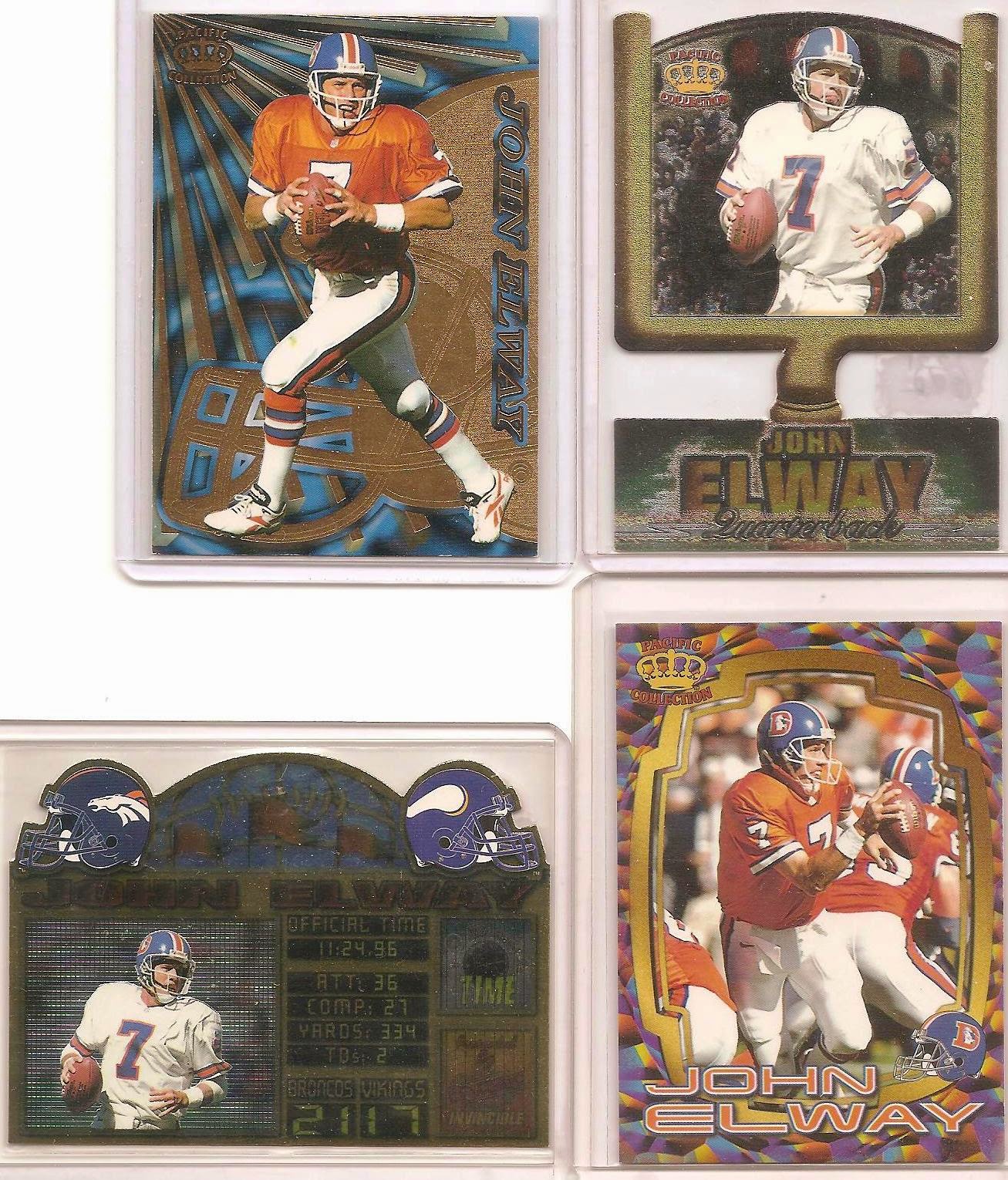 Pacifics' creative team was definitely on there A game in 97. 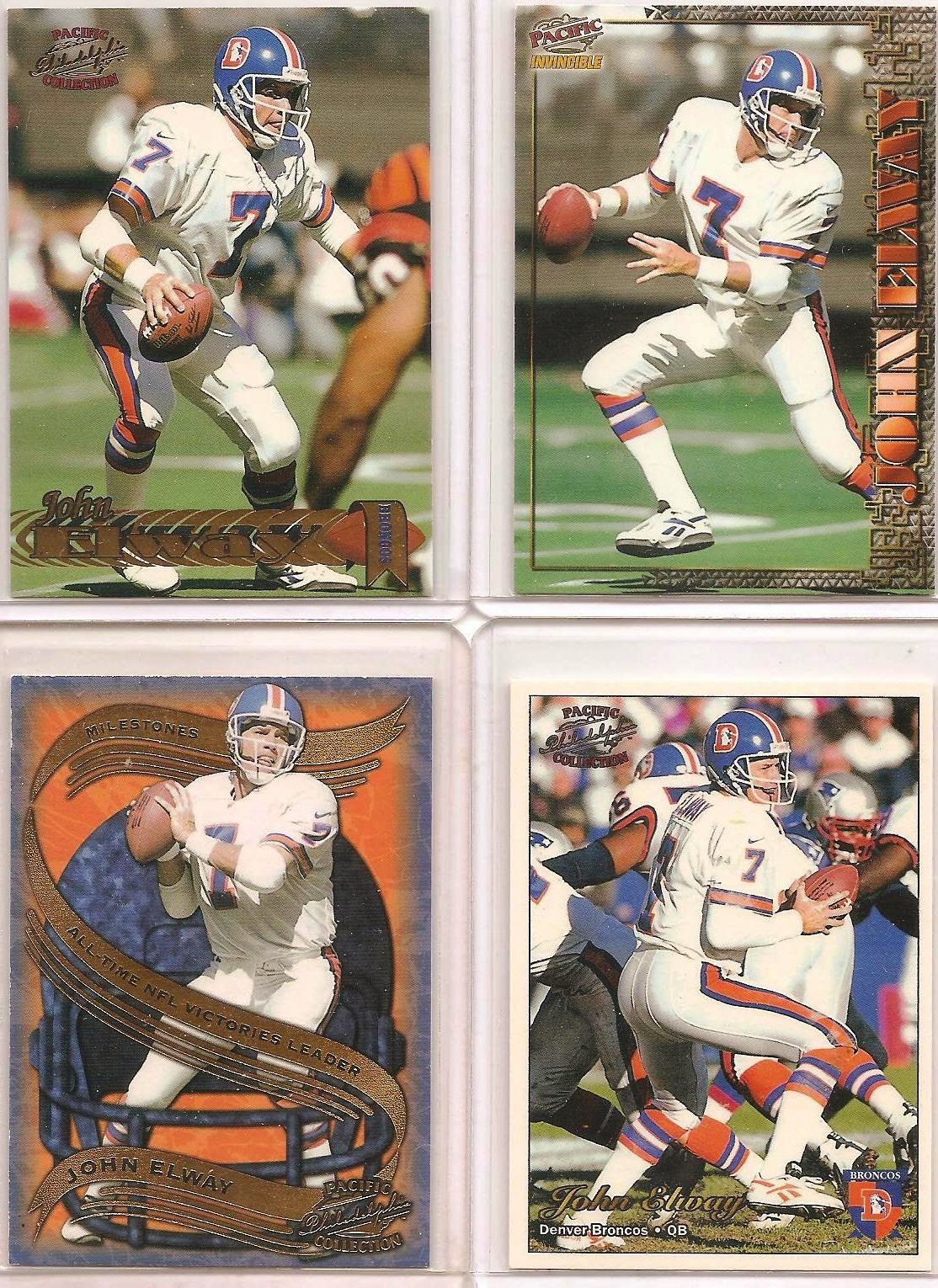 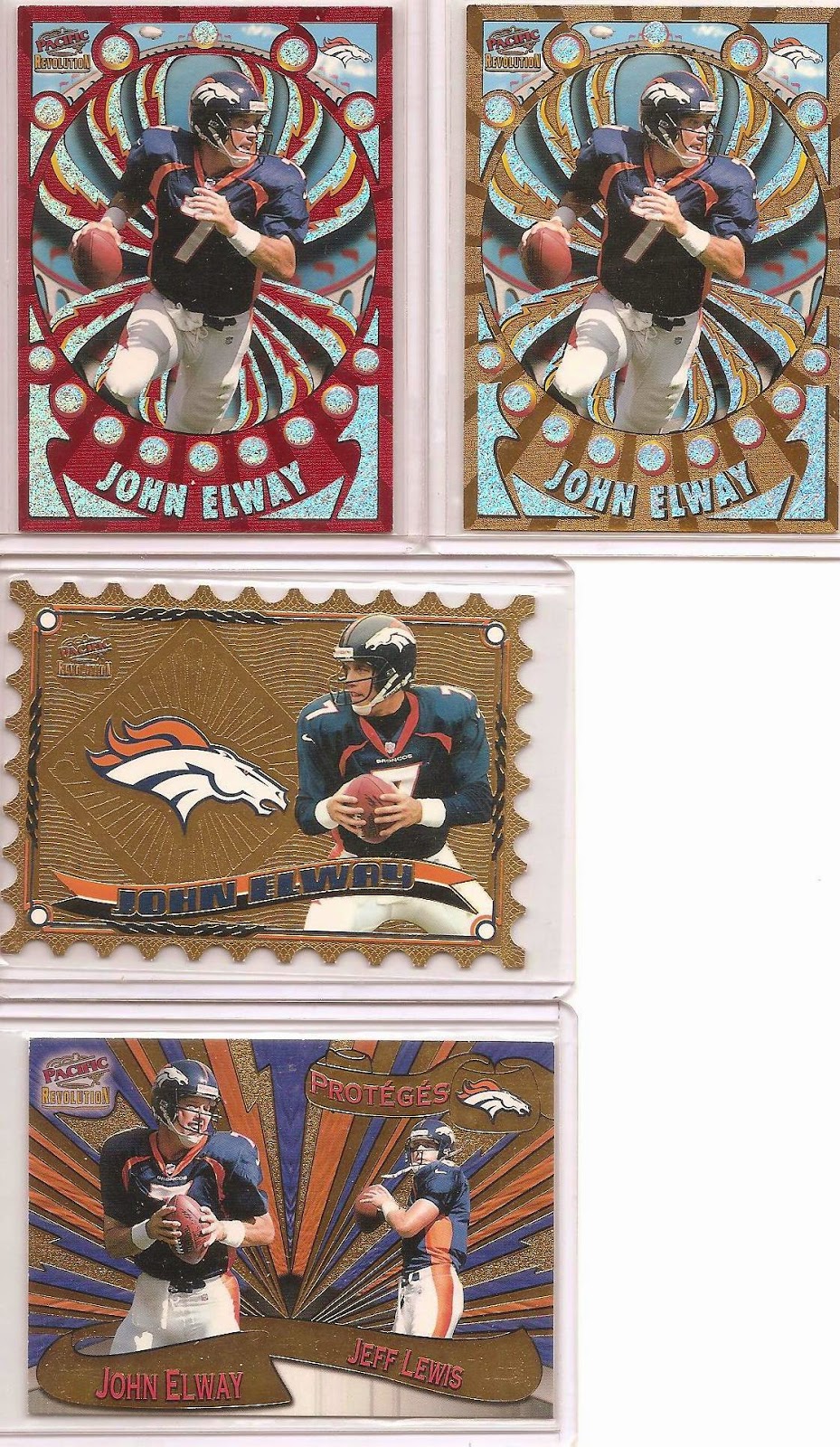 For someone who doesn't care too much for the over use of foil, I must say those top two are pretty sweet looking cards. 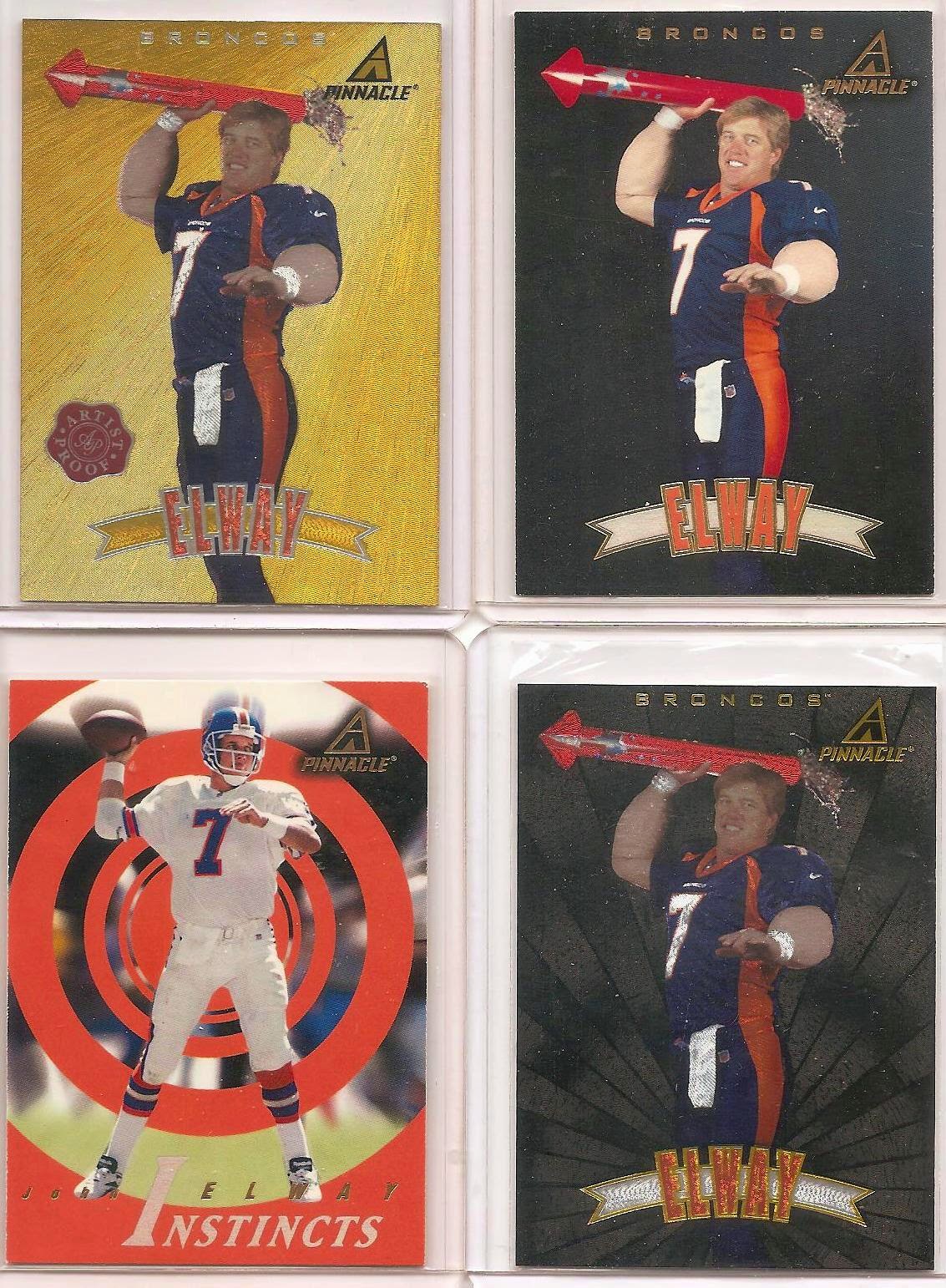 That's a wrap.
Posted by Johnnys Trading Spot at 4:44 AM No comments:

Before we begin the showing of the John Elway cards I own from 1997 we will start with some numbers.

According to Beckett which varies quite a bit from what I have in my master list they show a total of 570 "items" for John Elway, by my count I show 593 where Beckett doesn't list 23 of the cards from Pinnacle that year.  This might be due to the flagship Pinnacle having 24 printing plates. Either way they both need a little tweeking. What is for certain is that I do have 224 cards of whatever the correct number is. 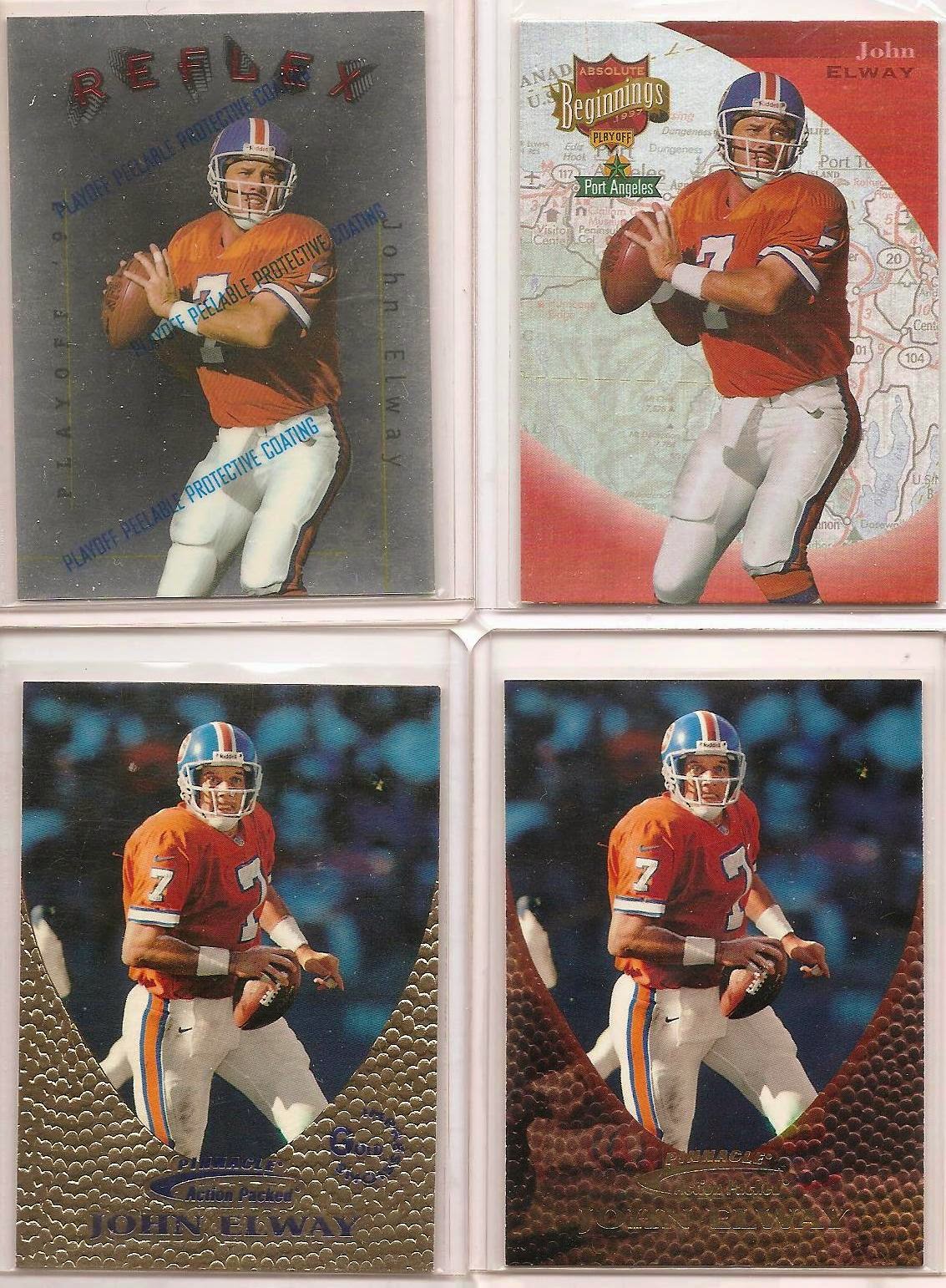 There are 13 cards from Absolute, I have the two above only. Action Packed released 7 cards of Elway of which I have 6. 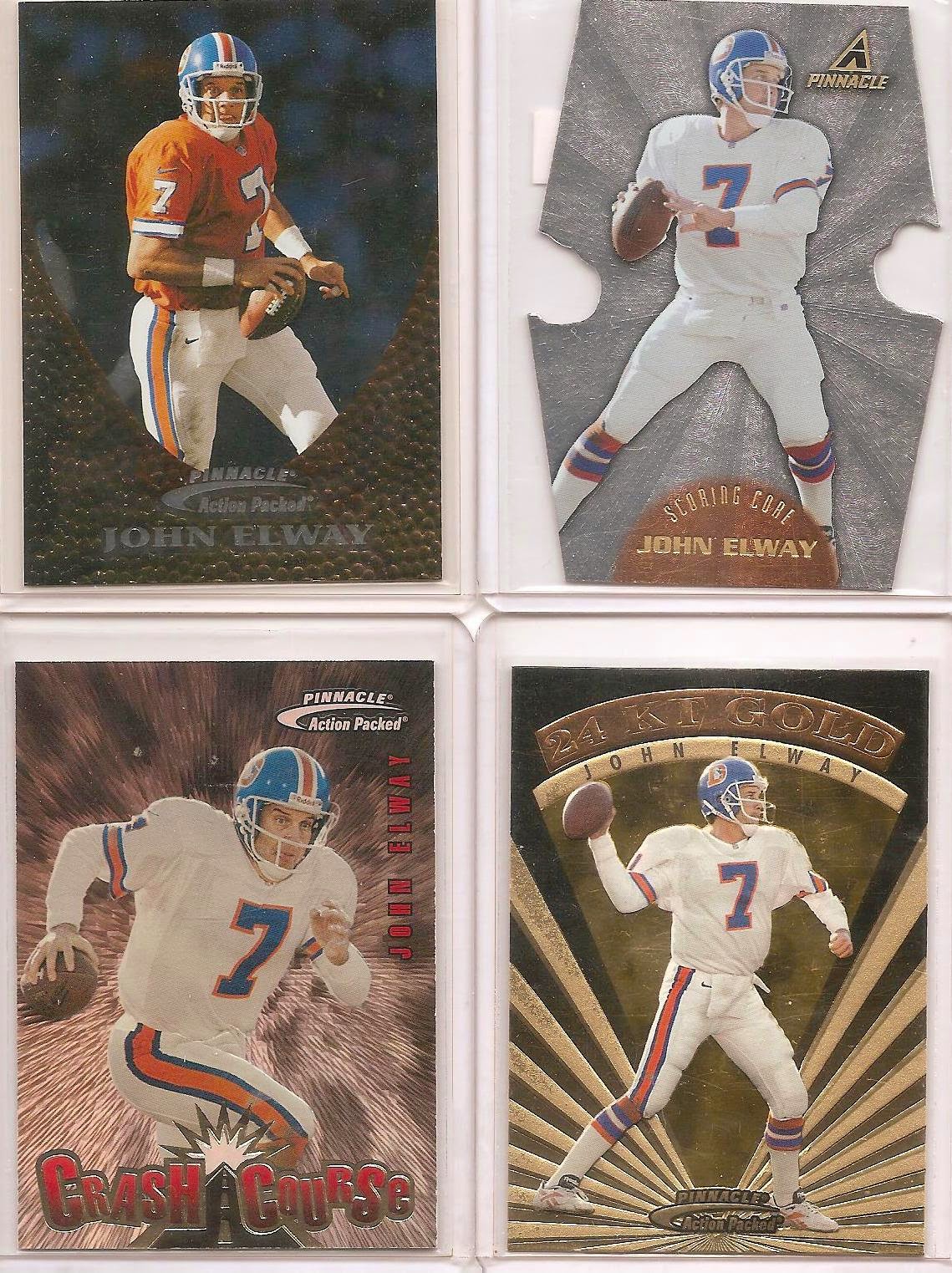 Although the are produced by Pinnacle, these are not included in the count for Pinnacle, just Action Packed.  Some really nice inserts in the first 8 cards. 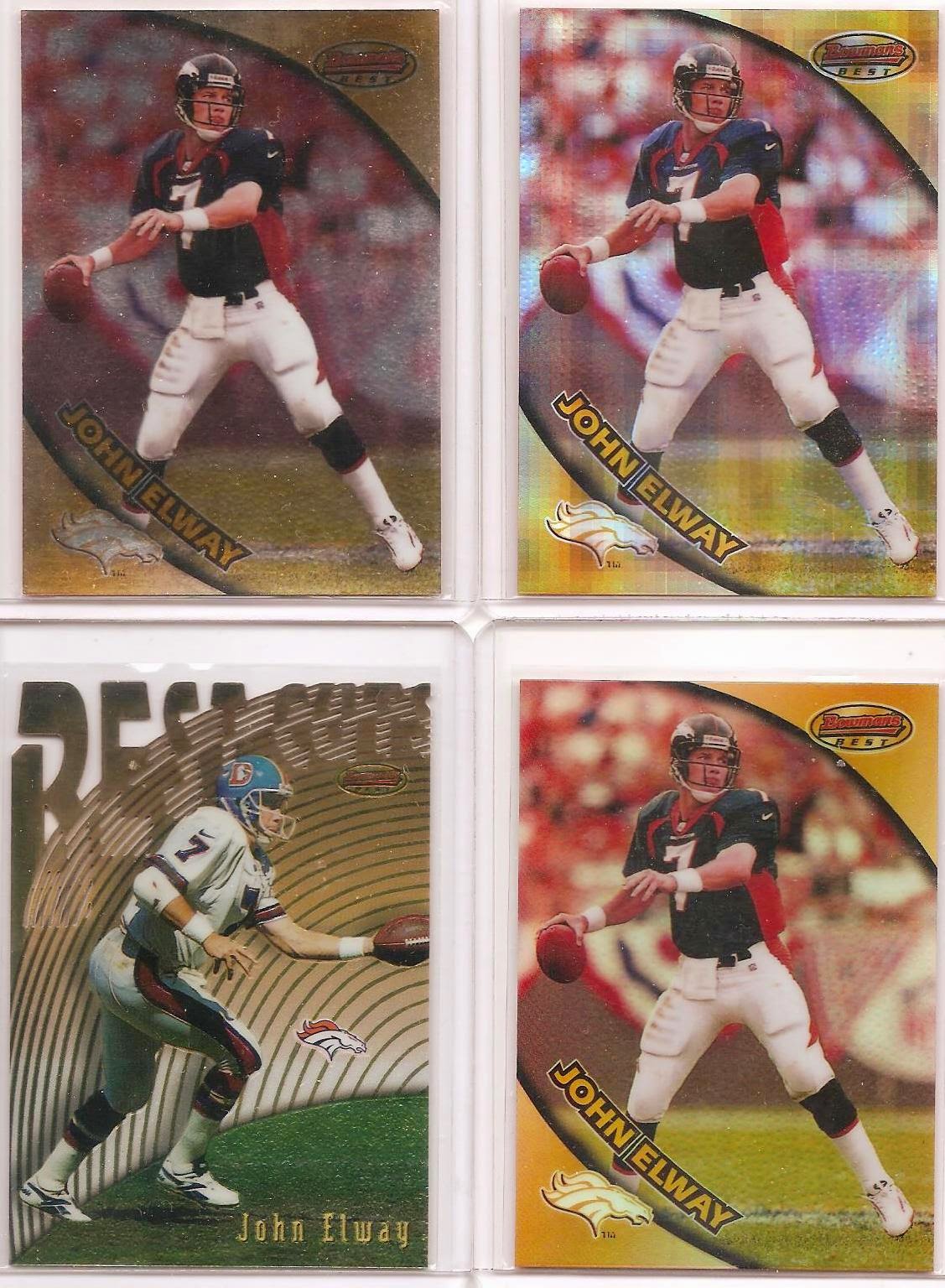 Bowman's Best released 20 cards, I have these four. 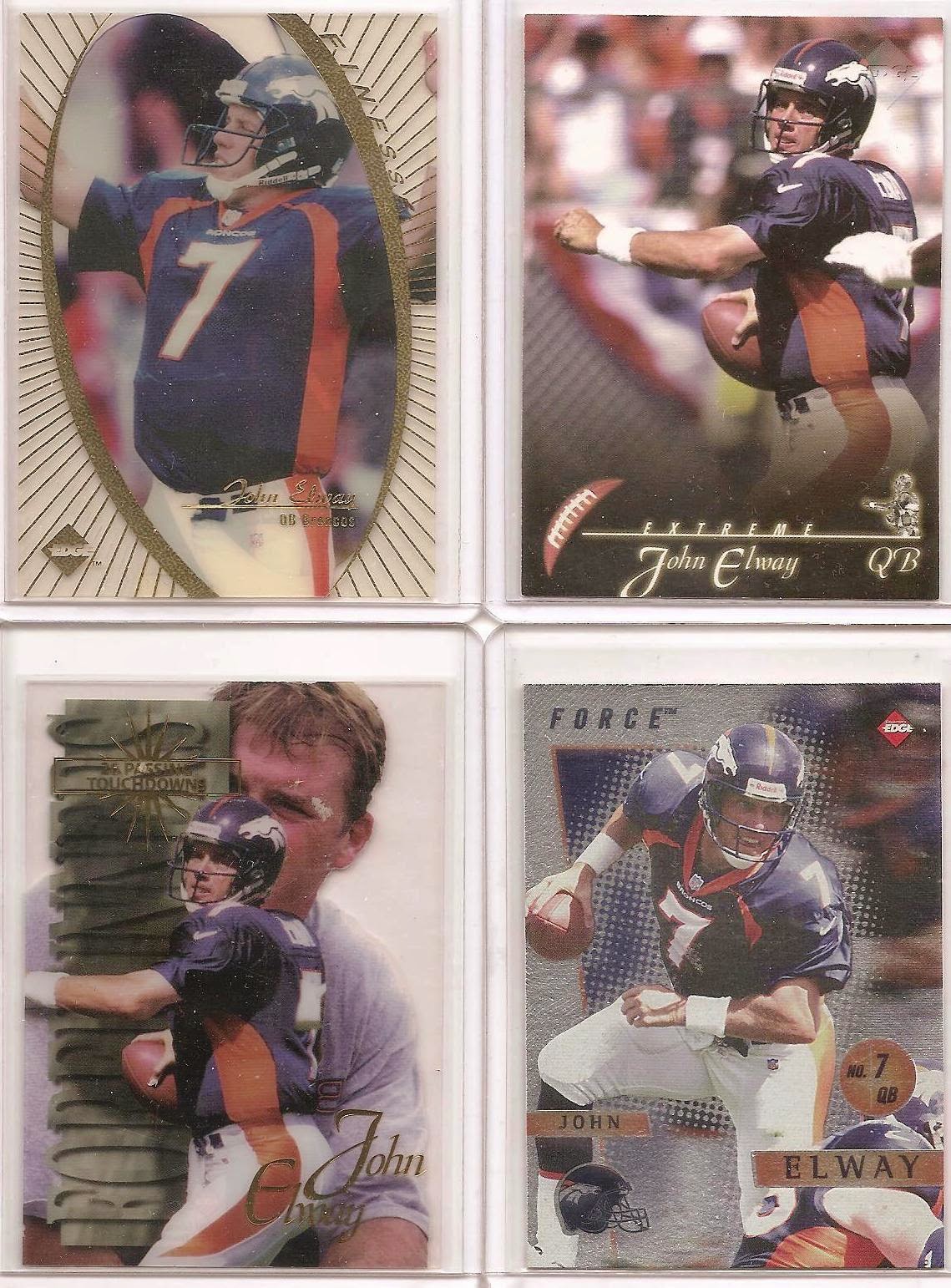 Collectors Edge released 3 sets. Extreme, Masters, and Excalibur totaling 31 cards of which I own 9. the Excalibur cards will appear later after the Donruss. 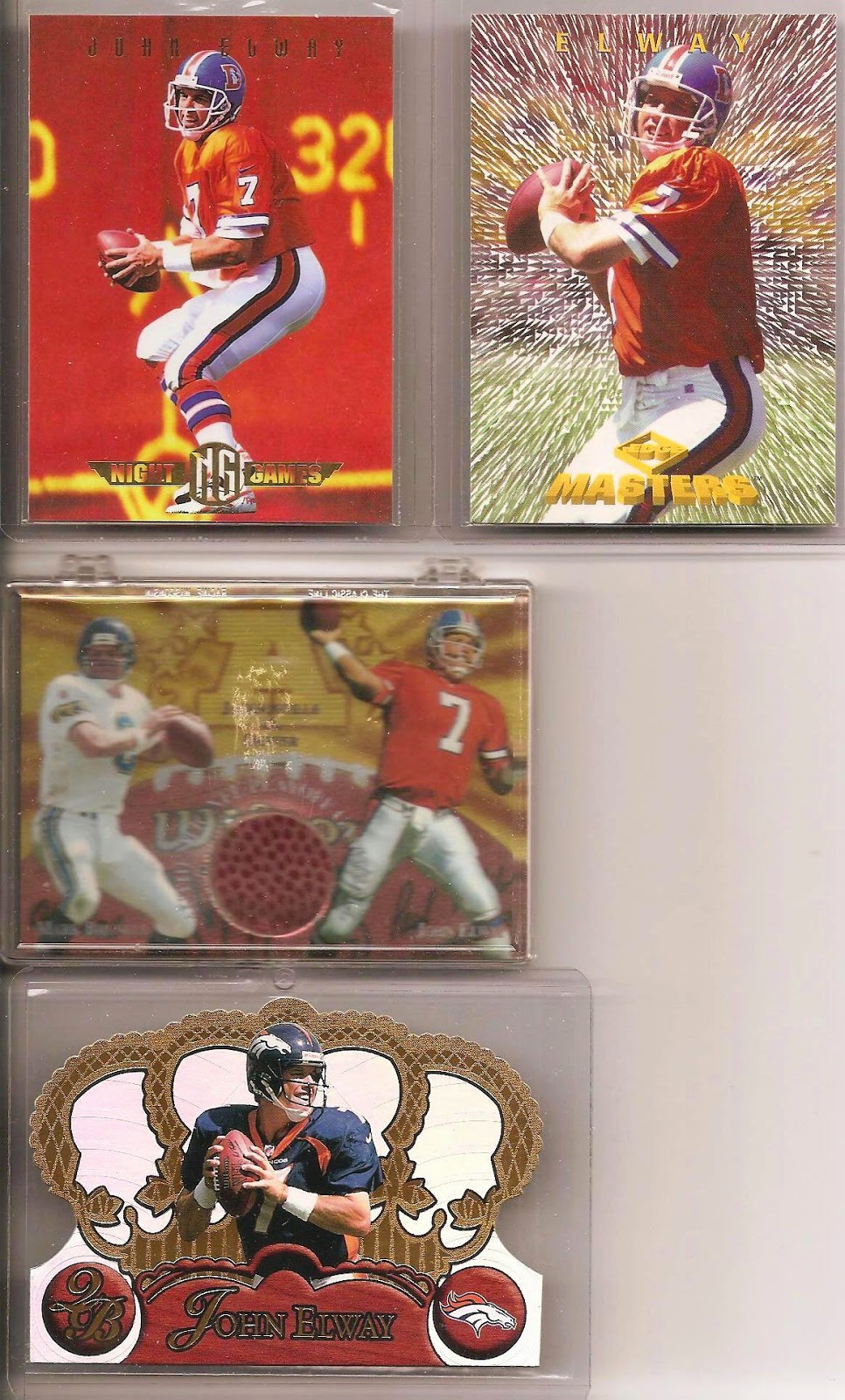 We having a showing of a game used ball relic. 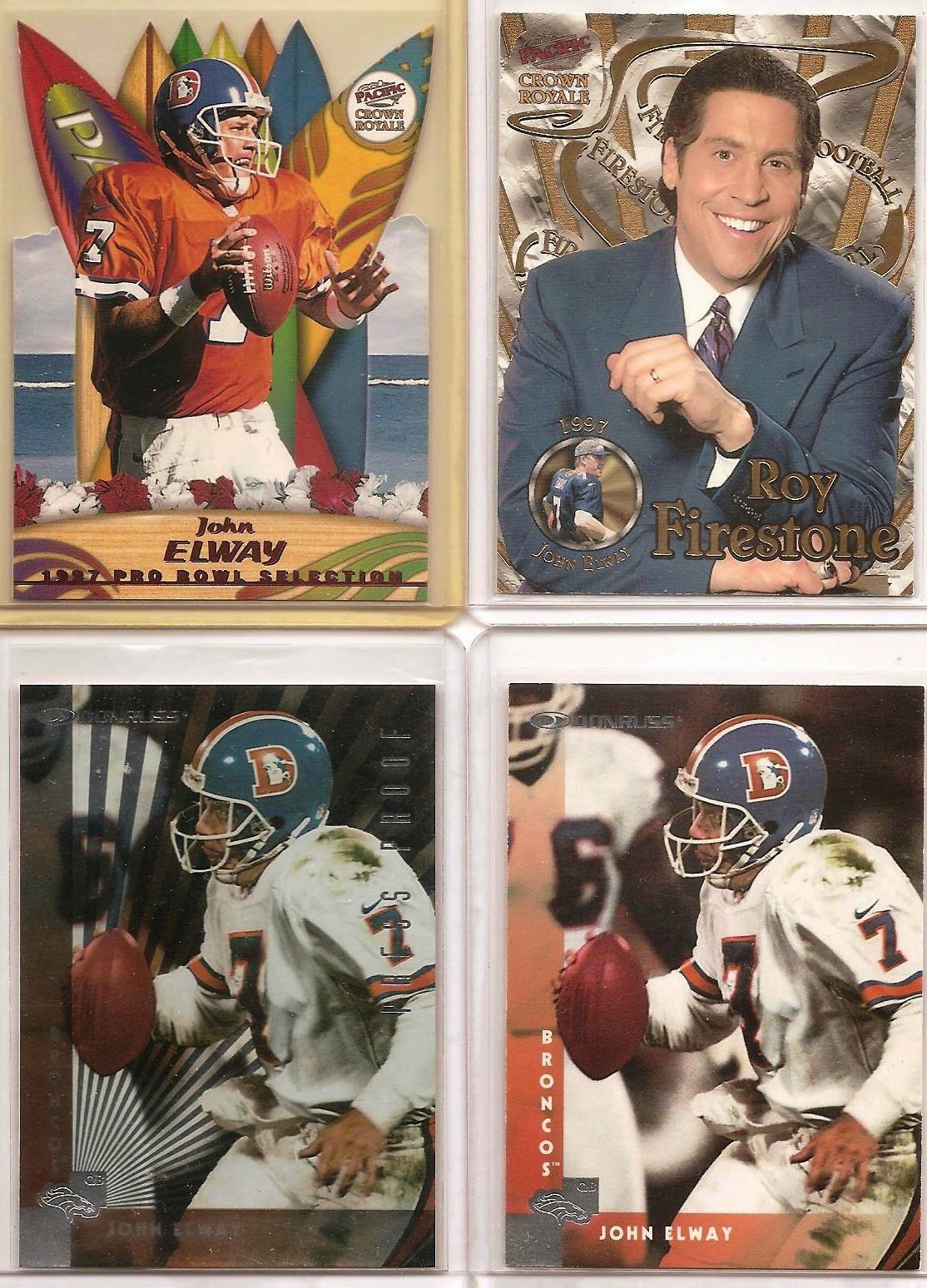 I must say that Pro Bowl card is pretty cool. 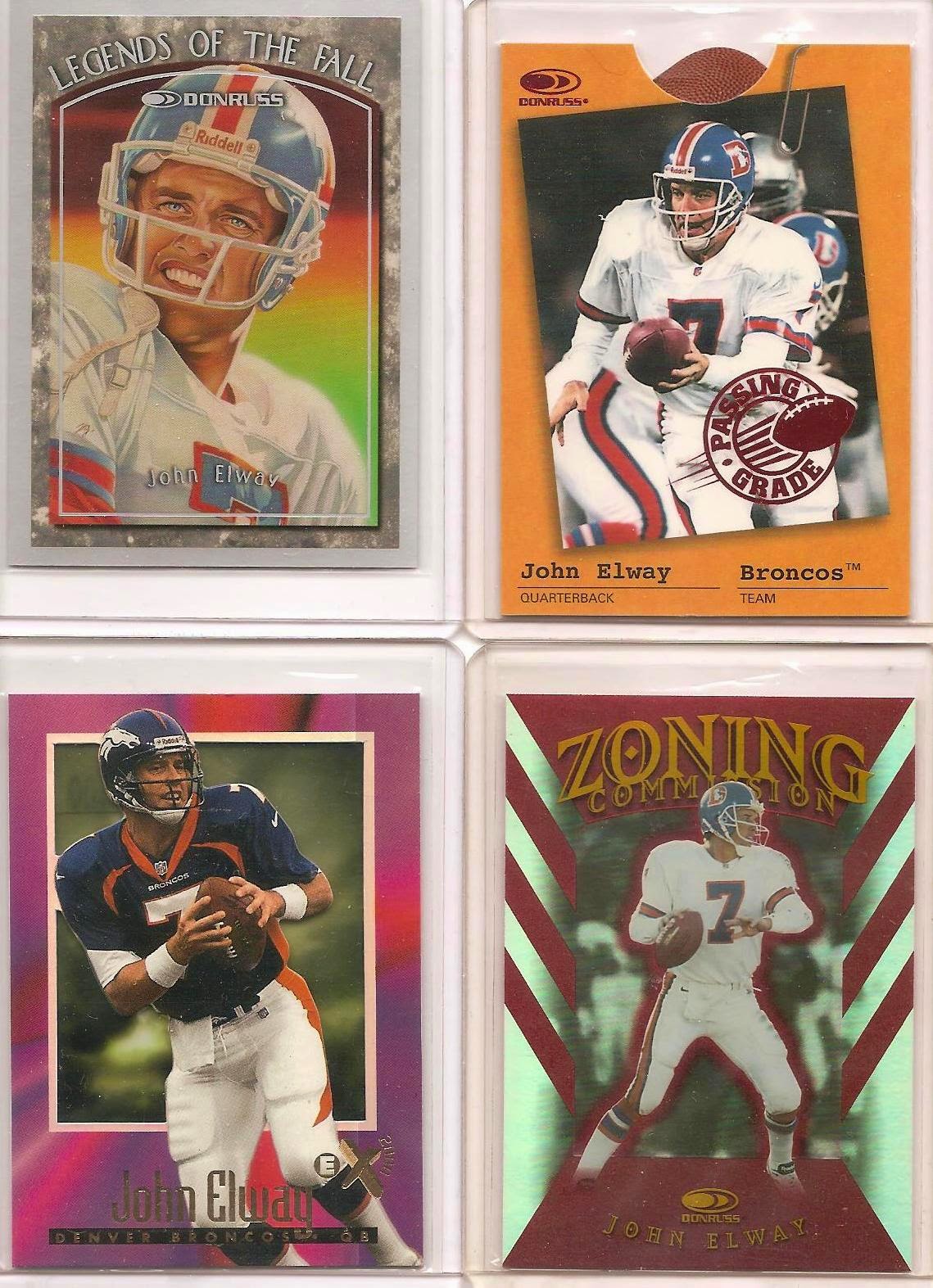 A very nice foursome. The Upper right card is actually 2 cards a & b, large and small. The Upper left has a Diamond Kings look to it (if you are into baseball cards), and I like it a whole bunch! Zoning is a super sharp card, and the EX-2000 isn't bad  for a base card either. 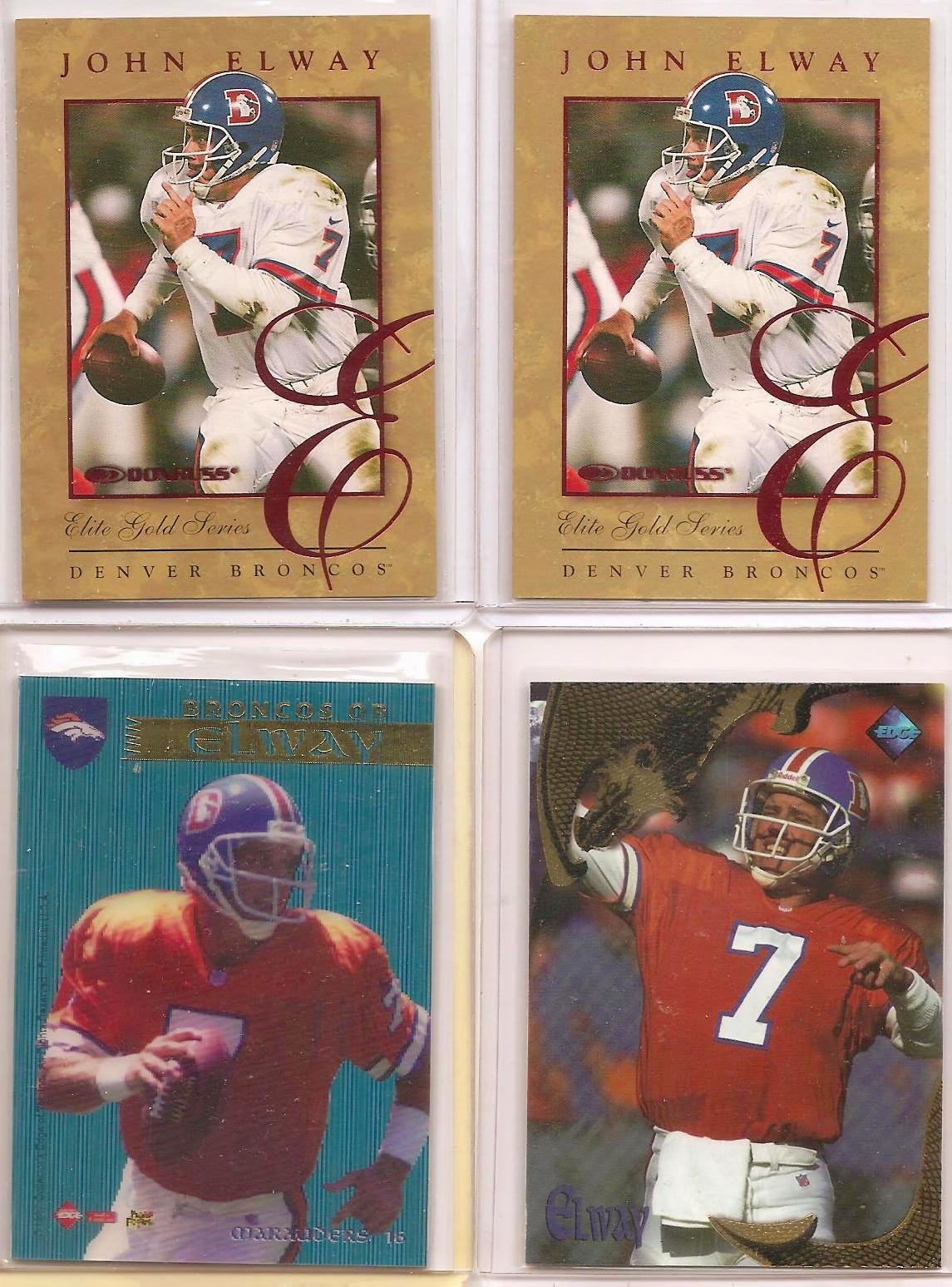 At first glance one might assume the upper two cards are identical, but they are not. Elite had 3 cards in its release. I do NOT have the base version of the above card (it is silver). Both of the cards above are Gold Series and limited to 2000 and serial numbered as such on the backs. One is the Promo numbered PROMO/2000, and the other is #d 238/2000 as the actual parallel.
As promised, the Excalibur cards. 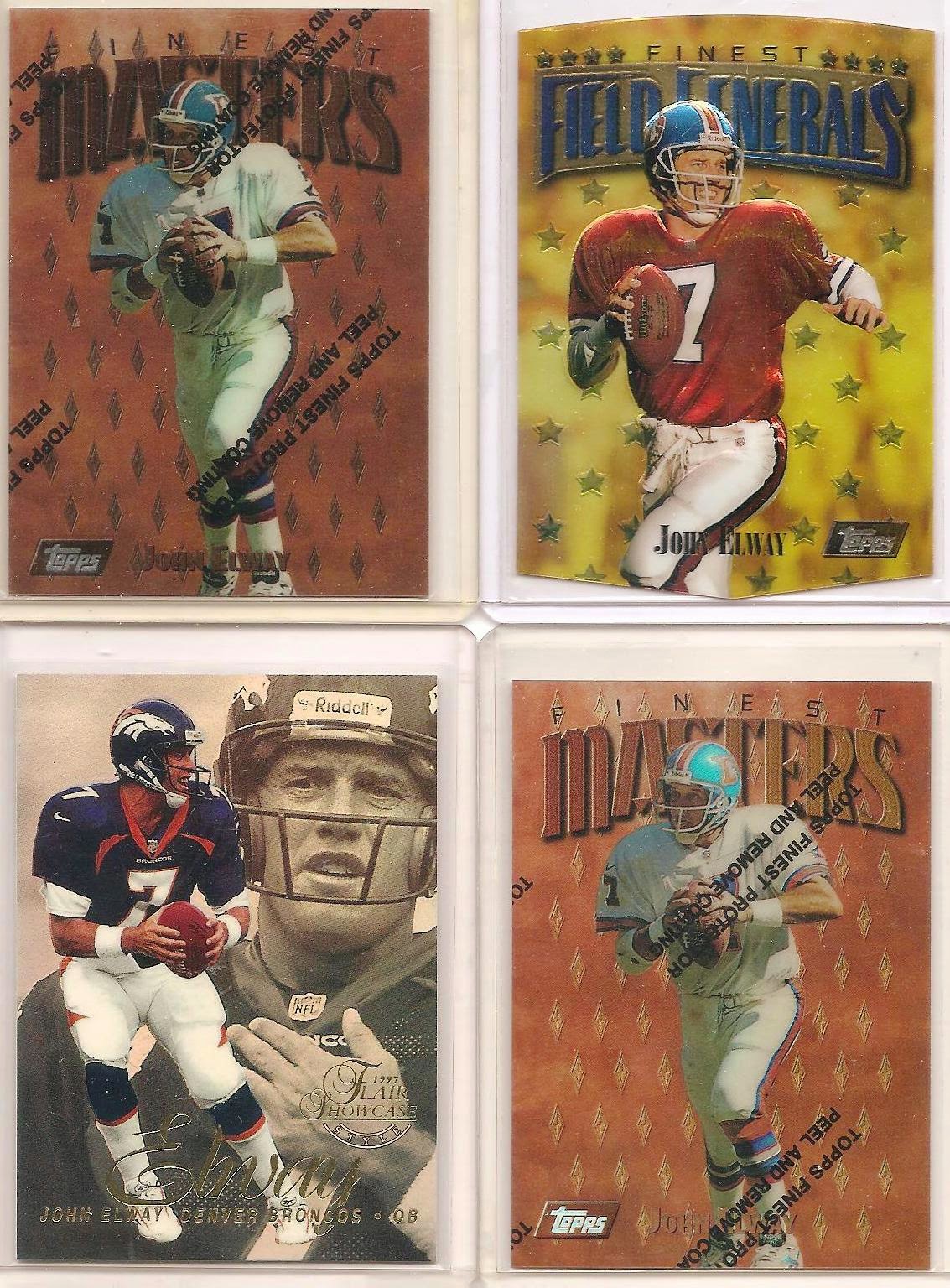 Finest has 11 cards in the release and I have 6 of them. 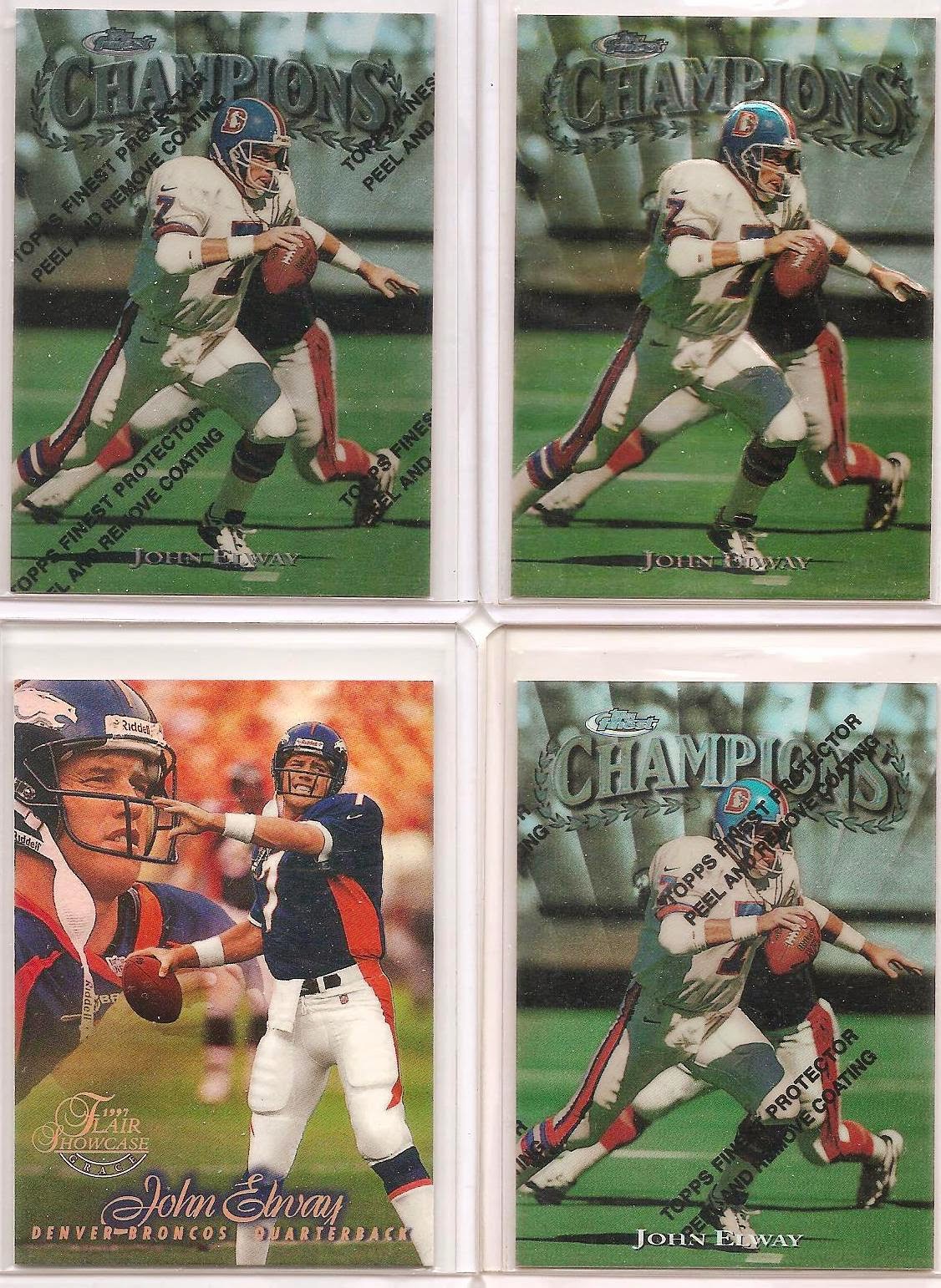 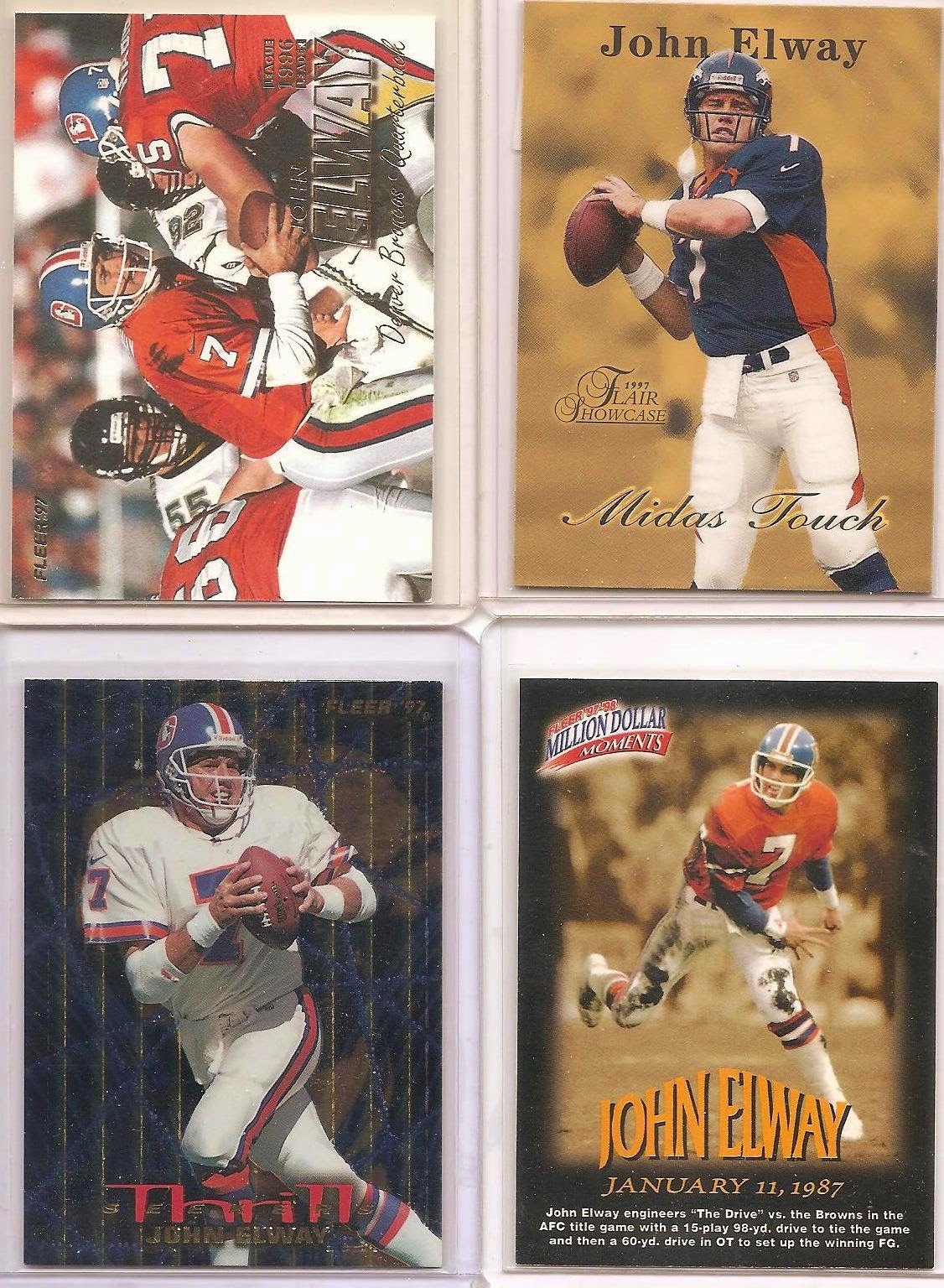 Fleer flagship had 7 cards of which I have the 3 above.


That's it for today. Hope you enjoyed.
Posted by Johnnys Trading Spot at 11:10 AM No comments: